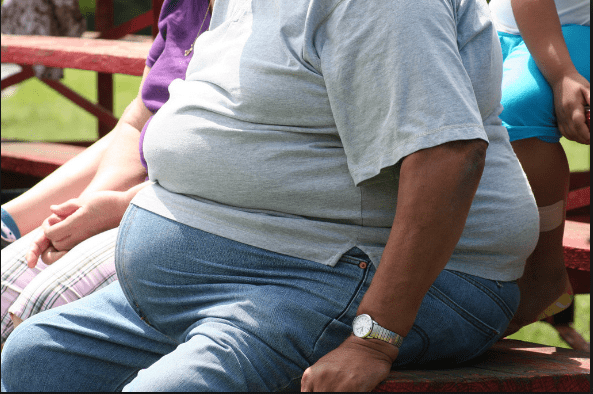 Obesity is a potent risk factor for the development and progression of type 2 diabetes, and weight loss is a key component of diabetes management. Bariatric surgery results in significant weight loss and remission of diabetes in most patients. After surgery, glycemic control is restored by a combination of enforced caloric restriction, enhanced insulin sensitivity, and increased insulin secretion.

Evidence is mounting for the use of bariatric surgery to treat type 2 diabetes mellitus in patients whose body mass index (BMI) is 35 kg/m2 or higher. In obese patients who also have type 2 diabetes, bariatric surgery sends it into remission (defined as normoglycemic control without the need for diabetic medications) in more than three-fourths of cases, with higher rates with the Roux-en-Y gastric bypass procedure than with the laparoscopic adjustable gastric banding procedure.

However, data on the effects of this surgery on type 2 diabetes come primarily from observational studies that lacked appropriate control groups, and the relative benefit of bariatric surgery vs aggressive medical antidiabetic therapy is not yet known. Needed are randomized trials comparing the two types of therapy (and the various types of bariatric surgery) in diabetic patients with less-severe obesity.

Further, why would bariatric surgery help with diabetes, and why would one procedure do it better than another? To be honest, we are not sure, but evidence points not only to weight loss but also to better insulin sensitivity and to alterations in levels of hormones secreted by the gut that increase insulin secretion.

In the Diabetes Prevention Program, modest weight loss (5% to 10% of body weight) through diet and exercise reduced the incidence of type 2 diabetes, and in the ongoing Action for Health in Diabetes (Look AHEAD) study of the National Institutes of Health, it improved glucose homeostasis.

However, several factors make type 2 diabetes challenging to treat in obese people. Patients who lose weight via behavioral changes and weight-loss drugs tend to gain the weight back. Antidiabetic drugs pose the risk of hypoglycemia. Moreover, although many new classes of drugs have been developed to treat type 2 diabetes, most patients fail to achieve the American Diabetes Association goal for glycemic control, ie, a hemoglobin A1c level lower than 7%.

BARIATRIC PROCEDURES AND THEIR EFFECT ON DIABETES CONTROL

After bariatric surgery, patients lose more weight than with traditional weight-loss methods—up to 25% of their total body weight. Furthermore, of those with type 2 diabetes, 87% achieve at least better glucose control and need fewer antidiabetic medications, and an average of 78% achieve normal glycemic control without taking any antidiabetic medications at all.

The two major types are classified as gastric restrictive procedures and intestinal bypass procedures. The classification was initially based on the presumed mechanism of weight loss.

Furthermore, multiple studies, including a randomized controlled trial(more about this below), have shown remission of type 2 diabetes with laparoscopic adjustable gastric banding but not with conventional medical therapy. The effect is primarily mediated by weight loss and improved insulin sensitivity, both of which occur several months following surgery. Of note, however: in this trial, all the patients had diabetes of short duration, less than 2 years.

Intestinal bypass procedures (Roux-en-Y gastric bypass, biliopancreatic diversion) also restrict caloric intake, the way gastric banding and vertical gastroplasty do. But because the small intestine is shortened, they have an added component of malabsorption of fat and nutrients. Afterward, more patients experience remission of type 2 diabetes (82%–99%) than after gastric restrictive operations, even patients with longer duration of disease, including those treated with insulin.

Hence, different procedures have different effects on diabetes.The speed at which type 2 diabetes goes into remission differs with restrictive vs malabsorptive procedures. After Roux-en-Y gastric bypass and biliopancreatic diversion, diabetes remits within days, even before the patient has lost much weight. This does not happen after gastric restrictive procedures.

Several observational studies have evaluated the benefit of Roux-en-Y surgery for patients with type 2 diabetes mellitus.

At a mean follow-up of 7.6 years after surgery, 83% of the diabetic patients were off their antidiabetic drugs, and 99% of those with impaired glucose tolerance were normoglycemic, with normal fasting glucose and hemoglobin A1c levels. Marked improvements in hyperlipidemia, hypertension, fertility, osteoarthritis, and obstructive sleep apnea were also noted.

The Swedish Obese Subjects (SOS) study prospectively followed 1,703 patients, of whom 118 had type 2 diabetes, for 10 years after various bariatric surgery procedures (primarily vertical gastroplasty). In a control group that received medical therapy, 77 patients had type 2 diabetes. Medical therapy was ill-defined with respect to aggressiveness and adherence to intervention with lifestyle and pharmacotherapy.

At 2 years, the surgical group had lost a mean of 28 kg, glycemic control had improved in the diabetic patients, and many of them had been able to stop taking oral hypoglycemic drugs or insulin. In contrast, the need for these agents increased in the medically treated patients. The proportion treated by diet alone rose from 59% to 73% in the surgical group, but declined from 55% to 34% in the nonsurgical group.

INDICATIONS FOR BARIATRIC SURGERY IN PATIENTS WITH DIABETES

According to guidelines from the National Institutes of Health, the current indications for bariatric surgery include a BMI of 40 kg/m2 or higher, or a BMI between 35 and 40 kg/m2 with at least two obesity-related comorbidities. Diabetes is considered a key comorbidity that justifies the risk of surgery. The guidelines suggest that bariatric surgery be discussed with all severely obese patients (BMI > 35 kg/m2) with type 2 diabetes who have not been able to lose weight with other weight-control approaches.

Since type 2 diabetes mellitus is a progressive disease characterized by relentless deterioration of beta-cell function, many endocrinologists favor aggressive weight-loss approaches early in the course of the disease. We believe that bariatric surgery should be considered early, as it may help preserve pancreatic beta-cell function and slow the progression of microvascular and macrovascular complications.

Three major mechanisms have been proposed to explain how bariatric surgery reverses diabetes. summarizes the effects of the different procedures on factors involved.

The enforced caloric restriction, negative energy balance, and weight loss after bariatric surgery reduce insulin resistance. Consequently, the beta cells can rest because they don’t need to produce as much insulin. These effects have been observed after both gastric restrictive procedures and gastric bypass procedures.

Another theory is that bariatric surgery lessens insulin resistance by reducing “lipotoxicity,” a condition related to dysregulated fatty acid flux, lipid metabolites in tissues, and direct and indirect effects of hormones secreted by adipocytes.

The strongest evidence for this theory comes from Bikman et al, who found that insulin sensitivity increased after Roux-en-Y surgery more than expected from weight loss alone. One year after surgery, even though they remained anthropometrically obese (BMI > 30 kg/m2), the patients had insulin sensitivity levels similar to those in a control group of lean people (BMI < 25 kg/m2).

Insulin sensitivity begins to improve within 1 week of intestinal bypass procedures, suggesting that these procedures are doing something more than simply forcing weight loss via caloric restriction, as gastric restrictive procedures do.

Hypothesis 3: An effect on gut hormones

The “hindgut hypothesis” raised by Cummings et al suggests that accelerated transit of concentrated nutrients (particularly glucose) to the distal intestine results in increased production of insulinotropic and appetite-controlling substances, which account for the reversal of hyperglycemia and obesity.

In contrast, the “foregut hypothesis” raised by Rubino et al suggests that nutrient interactions in the duodenum are diabetogenic and, hence, bypassing the duodenum would reverse this defect. Their conclusions come from experiments in rodents that underwent jejunoileal bypass and subsequent refeeding through the bypassed intestine.

GUT HORMONES AND OTHER PEPTIDES ALTERED BY BARIATRIC SURGERY

Gastrointestinal hormones that increase insulin release after a meal are known as incretins. Of interest, they have this effect only when glucose is ingested orally—not when it is infused intravenously.

Laferrère et al and others documented robust increases in postprandial levels of GLP-1 within 4 weeks after Roux-en-Y surgery. GLP-1 levels did not increase with comparable weight loss induced by diet.

Rubino et al documented similar findings that occurred prior to marked weight loss, suggesting that the benefit of Roux-en-Y surgery on remission of diabetes may not be completely attributable to reduced caloric intake and weight loss. Insulin secretion is generally reduced after gastric restrictive procedures (eg, laparoscopic adjustable gastric banding) and biliopancreatic diversion, and is increased after Roux-en-Y gastric bypass.

Noninsulinotropic gut peptides that are altered after Roux-en-Y surgery include ghrelin and peptide YY.

Ghrelin, a hormone derived from the gastric fundus, stimulates appetite. Ghrelin concentrations are lower after Roux-en-Y surgery, indicating that suppression of hunger signals helps sustain weight loss. In contrast, ghrelin levels increase with diet-induced weight loss. However, the data on ghrelin levels at various times after bariatric surgical procedures are not consistent.

Peptide YY, like GLP-1, is secreted by L cells of the distal small intestine and is responsible for increasing satiety and delaying gastric emptying after meals. Numerous studies have consistently documented increases in postprandial peptide YY and GLP-1 levels after gastric bypass.

In the first 6 weeks after Roux-en-Y gastric bypass or biliopancreatic diversion, insulin sensitivity improves while insulin secretion increases disproportionately, associated with a robust increase in GLP-1, and resulting in normal glucose homeostasis.

In contrast, patients who lose weight by dieting or undergoing gastric restrictive procedures show a modest increase in insulin sensitivity and a compensatory reduction in insulin secretion, termed “beta-cell rest.”

Death rates after bariatric surgery must be weighed against the long-term cardiovascular risks of continued obesity and type 2 diabetes. Strong evidence now exists that bariatric surgery increases life expectancy and that this is largely attributable to reduction in cardiovascular risk factors such as diabetes and cancer. Recent studies have found that the long-term death rate is 32% to 73% lower for patients undergoing bariatric surgery than in matched controls who do not undergo surgery. A decrease in the death rate related to diabetes has played an important role in these results.

Once we receive the filled form, we will contact you shortly.