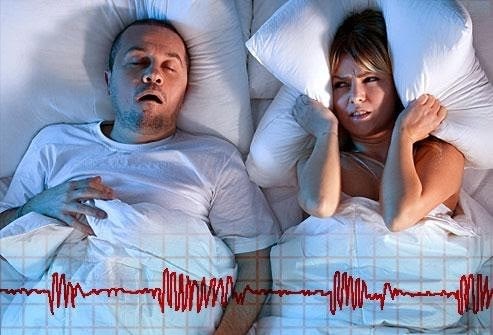 Obstructive Sleep Apnea: This condition, also termed OSA, is a sleep disorder associated with pauses in the regular breathing pattern of an individual during sleep. The victim’s breathing repeatedly stops and restarts, causing loud snoring and tiredness, leading to disturbed sleep throughout the night. Obesity is one of the main causes of OSA, accounting for almost 60% of the cases.

Although it appears tiny and may be overlooked by many ignorant people globally, this disorder should be addressed medically on a priority basis, as it has the potency to skyrocket many high risking health hazards.

This common sleep disorder can affect all people, including children, immaterial of their sex, but it has been observed more in men than women.

Oxygen supply: The bloodstream is the river of life in our body that carries oxygen and bathes all organs’ cells, nourishing them and ensuring their healthy growth. The pauses or the stops in the breathing pattern cut off the oxygen supply to the body, temporarily leading to a reduced quantity of oxygen in the bloodstream that is insufficient to nourish the organs properly. This inadequate supply of oxygen to the organs gradually deteriorates them, leading to impairment and multiple individual health issues.

Types of Sleep Apnea: Based on the cause, sleep apnea may be categorized into three types.

1. Obstructive sleep apnea( OSA): This condition happens when there is a physical block in the airway situated at the back of the throat, leading to temporary stops in the breathing of the individual during sleep. This sleep disorder is more common than the others and affects 9% of adults, especially men.

2. Central sleep apnea(CSA): Unlike OSA, CSA is caused by an impairment of the brain’s system responsible for controlling the muscles that are directly involved in respiration. This leads to slow or shallow breathing, reducing the intake of oxygen to the bloodstream. This disorder is not very common and may affect only 0.9% of the male population above the age of 40 years.

3. Mixed sleep apnea: This medical terminology, also known as complex sleep apnea, is used when a person has OSA and CSA simultaneously.

It has been identified that as the causes for sleep apnea vary between OSA and CSA; there is a marked difference in the symptoms, causes, and treatment.

Symptoms: The similar symptoms all three types share are

1) Disrupted breathing and occasional stops up to one minute.

2) Daytime drowsiness leading to reduced attention or concentration on any job.

3) Irritated at petty issues and headaches during the mornings.

The main cause for all these symptoms is the reduced oxygen levels in the bloodstream because of interruption in the regular breathing pattern resulting in poor sleep.OSA, the most common sleep apnea, is associated with additional symptoms given below.

1) Waking up in the morning with dryness in the mouth and sore throat.

2) Nocturia or frequently getting up in the night to pass urine.

3) Chronic snoring, which is snoring very loudly accompanied by gasping or choking forcing the victim to wake up with a startle in         the night.

People having CSA usually do not have the symptom of snoring. The OSA victim is unaware of his/her snoring and the sleep disorder they face during the night.

Causes: the blockage of the airway causes OSA during the night. The factors responsible for this blockage are:

1.   Obesity: Obesity is one of OSA’s main causes for almost 60% of the cases. It has been studied that obesity can cause the airway to narrow down, leading to OSA. According to research, a 10% increase in weight can increase the risk of OSA by sixfold. According to data extracted from research on the subject, children and adolescents with OSA have a greater risk of acquiring metabolic syndrome than normal ones. Studies have revealed that obesity is inclined to amplify the conditions of OSA in an individual.

OSA is seen to be worsened in the obese due to a hormone called Ghrelin, which is activated due to lack of sleep in the nights in the obese. Ghrelin is a hunger hormone mainly secreted in the fundus of the stomach. 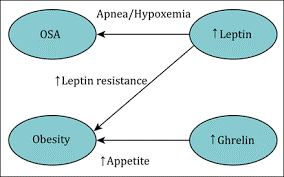 The study also reveals that depriving sleep hampers leptin production which may lead to the onset of obesity.

2. Smoking: Survey has shown that heavy smokers carry the risk of acquiring OSA.

3. Anatomical features: The size and the positioning of a person’s neck with respect to the tongue, jaw, tonsils, and other parts at the back of the throat play a crucial role.

4. Hereditary: Persons having family members with OSA, are likely to acquire it.

5. Position: Sleeping on the back allows tissues to collapse around the airway causing blockages.

7. Hormones: Hormone abnormalities such as Hypothyroidism and acromegaly causes swelling of the tissue near the airway enhancing the risk of OSA.

8. Sedatives: Sedatives or alcohol makes the tissue in the throat relax, enhancing the risk of the airway getting obstructed.

Lack of sleep due to breathing interruptions in the OSA victims may cause health issues both physically, emotionally, and mentally. OSA alters the oxygen balance in the bloodstream and if unattended may lead to high B.P, heart disease, and stroke.

Treatments: It is advised to consult a doctor if you develop symptoms of sleep apnea. The doctor may recommend an overnight sleep study to identify the root cause of your problem. Based on the diagnosis, the doctor may start the treatment depending under which bracket you fall under, OSA or CSA. The overall aim of the treatment is to improve the oxygen levels in the bloodstream and to prevent the victims from encroaching high-risk health problems.

1. The doctor may recommend many solutions along with the use of CPAP ( continuous positive airway pressure) or BiPAP ( Bi-level positive air pressure) machines to be used during the night. This device pushes air into the airway filtered by a mask, keeping it open throughout the night thus avoiding blockages.

2. As obesity is the prime cause for OSA, efforts to reduce weight by lifestyle modification, dieting, exercise, or consult the concerned doctor for weight loss solutions and follow their instructions religiously.

Studies on this subject suggested that weight loss achieved over a period of one year through bariatric surgery showed remarkable improvement in REM and NREM stages of sleep with reduced drowsiness during the day.

3. People with anatomical abnormalities are suggested surgery to correct features and also expand the airway in order to overcome OSA.

4. CSA victims may be treated by the management of the conditions that have created the sleep disorder.

Once we receive the filled form, we will contact you shortly.